Jackson Looseyia: 4 facts about one of our favourite guides

One of Bush and Beyond`s most famous guides is  the renowned conservationist, educator and TV personality Jackson Looseyia. Jackson recently opened his own camp in the Masai Mara with Domenic Nchoe – Tanguila Mara Camp.  Most widely known for his role as host of the BBC’s Big Cat Live, Jackson’s influence on conservation throughout the world is profound. In celebration of Jackson`s new camp, we’d like to share these  fun and fascinating facts about this inspirational man.

Born in the Maasai Mara in 1967, Jackson learned the art of bush craft from his father.

“My late old man kept pointing out fresh buffalo footprints and pointing to the trees we could climb if a situation arose,” Jackson said in an interview on the Huffington Post with Jacada Travel. “When we went on adventures to lions’ and hyenas’ dens, I was so scared, my eyes were like a hare’s, but my father kept telling me to be strong, become a man and live long. His words are still alive today.”

Jackson’s #whyIloveKenya reason may surprise you (Hint: it’s not the wildlife!)

When asked by Outside GO, Jackson explained that Kenya’s climate is the perfect reason to visit the country. “I love Kenya because of the weather. It’s always bright year round, not too hot, and not too cold. I think it’s just perfect in where I live. If you want adventure, we have it.” 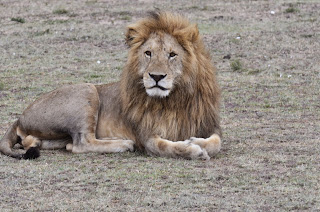 “After a long period, I have been looking for Nick, I thought he had it may be he got killed, the good news is he is a live and strong just a few scars,” wrote Jackson on his blog earlier this year about the battle between two male lions on the Masai Mara. From photos of the migration to tales of lion prides, Jackson’s blog is an absolute must read for those passionate about conservation, wildlife and life in Kenya. Follow his Facebook page for daily photos from his “office”, the magical Masai Mara.

The Great Migration never ceases to be memorable 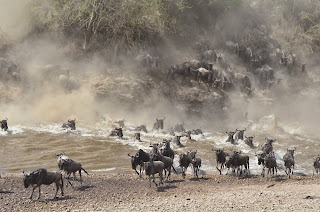 Each year more than 1 million wildebeest migrate across the Kenyan plains. For conservationist Jackson Looseyia, this is a moment he cherishes each year. In an interview with Extraordinary Journeys, he says that the migration experience always memorable. “In the middle of the Wildebeest Migration I do treasure a day I can follow the wildebeest more then 20 kilometers and take in the all predator activity that is involved in this great wildlife journey, it’s immense,” Jackson says. Jackson also talks a little bit about the migration in this video, a follow up to Big Cat Live.

If you are interested in booking Jackson Looseyia as a private guide, simply contact the Bush and Beyond office.

Catch up on the latest news and thoughts from the bush.

Explore our archives to find out what we were thinking and seeing in the bush.